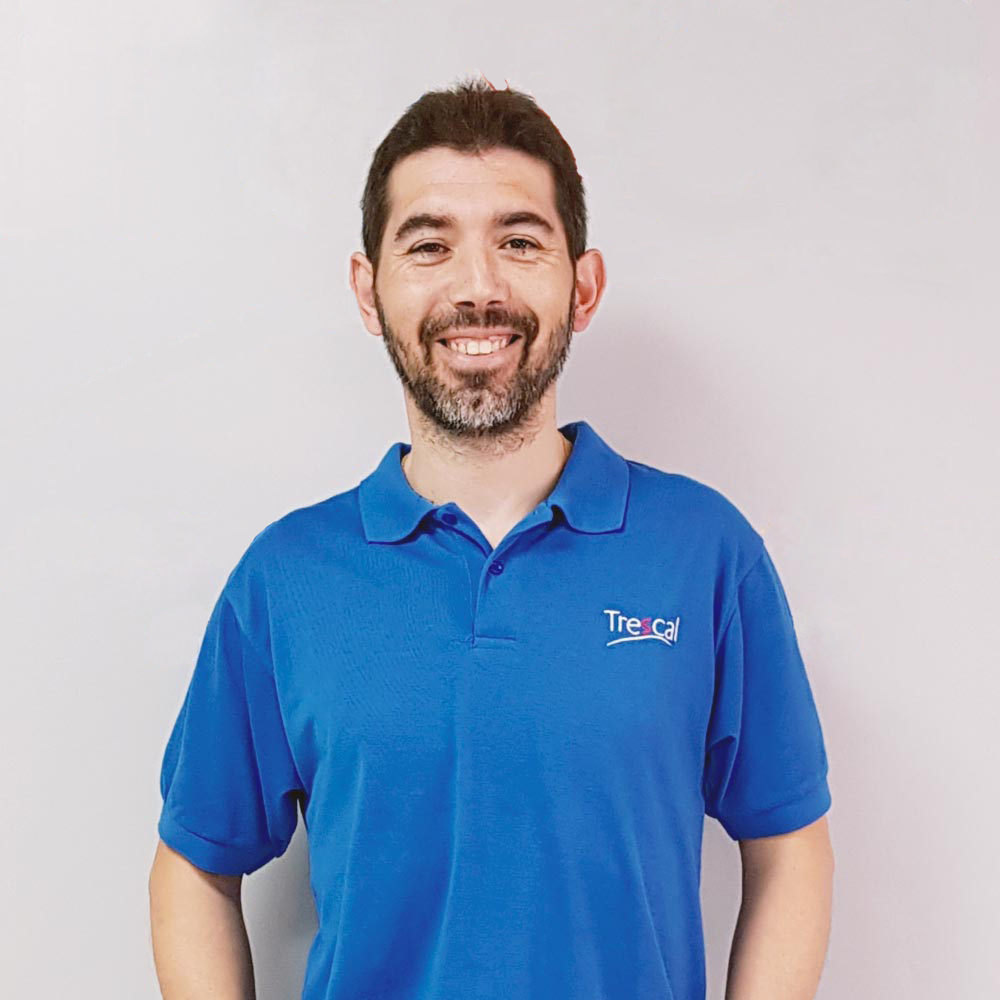 In 1997, Oliver began his career as a repair technician, acquiring extensive expertise in the management and operation of measuring equipment.

With the major boom in demand for calibrations, he began to focus on his career as a calibration technician. In 2005, he was appointed as Technical Manager in charge of Mechanics, obtaining accreditations for mass, torque, pressure and temperature. As the lab grew and expanded, he began to both advise and collaborate with customers, mainly in the aeronautics sector, expanding his knowledge of aeronautical standards. In 2007, he was appointed as Project Manager in charge of designing, developing and implementing what was then one of the most comprehensive web applications for customer equipment calibration management.

During all the years in MCI, he has been involved in almost all departments of the lab acquiring a strong knowledge in all areas. In 2015, his company joined Trescal. Nowadays, he is the Technical Manager of the Toledo and Sevilla branches.

Back to News
Get a quote
Get a quote
| CALIBRATION SOLUTIONS TO IMPROVE YOUR PERFORMANCE |
This browser is not actively supported by Microsoft anymore. To make sure you're able to use all features, switch to a compatible web browser such as Google Chrome, Mozilla Firefox, Microsoft Edge, or Safari.
Chrome
Firefox
Microsoft Edge
Opera
Safari
Confirm
This website uses cookies to improve your experience. We'll assume you're ok with this, but you can opt-out if you wish.
Cookie settingsACCEPT ALLREJECT
Manage consent

This website uses cookies to improve your experience while you navigate through the website. Out of these cookies, the cookies that are categorized as necessary are stored on your browser as they are essential for the working of basic functionalities of the website. We also use third-party cookies that help us analyze and understand how you use this website. These cookies will be stored in your browser only with your consent. You also have the option to opt-out of these cookies. But opting out of some of these cookies may have an effect on your browsing experience.
Necessary Always Enabled
Necessary cookies are absolutely essential for the website to function properly. These cookies ensure basic functionalities and security features of the website, anonymously.
Advertisement
Advertisement cookies are used to provide visitors with relevant ads and marketing campaigns. These cookies track visitors across websites and collect information to provide customized ads.
Analytics
Analytical cookies are used to understand how visitors interact with the website. These cookies help provide information on metrics the number of visitors, bounce rate, traffic source, etc.
Performance
Performance cookies are used to understand and analyze the key performance indexes of the website which helps in delivering a better user experience for the visitors.
Save & Accept